People end up being wrongfully imprisoned and convicted all the time. Some are later exonerated but many serve long sentences despite being innocent. The Innocence Project estimates that 1 percent of the prison population in the United States should not be behind bars. Some of the worst miscarriages of justice include Dewey Bozella, who served 26 years for a crime he didn’t commit, and Darryl Hunt, who wrongly served 19 years.

Why do wrongful convictions happen? Read on to find out.

Sadly, misconduct by law enforcement or other officials does still happen. There are always bad eggs and sometimes, bad people are negligent or commit fraud to further their own ends. It would be nice to think all police officers, lawyers, and even judges were honest, upstanding members of the community determined to uphold the law, but it isn’t always the case.

Many serious miscarriages of justice happened because officials were negligent or downright corrupt. The good news is that there are lawyers out there who fight for the rights of those impacted by misconduct. Follow this link for the full story.

Eyewitnesses are often crucial to a successful conviction. If a reliable witness puts the defendant at the scene of a crime and other evidence doesn’t contradict this, most juries will struggle to find them innocent unless the defense lawyer can pull something amazing out of the bag. Unfortunately, research has consistently proven that eyewitness testimony is often unreliable.

Most people don’t have photographic memories. They may think they saw someone matching the defendant leaving the scene of a crime, but if it’s dark or significant time has passed, they could be mistaken. Other factors are also at play – researchers at the University of Columbia found that eyewitnesses recalled the faces of black suspects in drive-by shootings less accurately compared to serial killer crimes. This illustrates how miscarriages of justice may occur due to racial bias.

DNA evidence has helped solve a lot of cases in recent years, including cold cases. However, evidence sometimes goes missing or is contaminated. There is also the possibility that forensic techniques are not carried out correctly or not conveyed accurately in court. In short, even with forensic evidence available, there is a lot that can go wrong.

Witnesses are asked to swear on the bible that they will tell the whole truth and nothing but the truth, but despite this, perjury does sometimes happen. Witnesses are incentivized to testify against a defendant for many reasons, including as part of a plea deal.

Thankfully, miscarriages of justice are relatively rare and there are people out there determined to fight for those who end up behind bars despite being innocent. 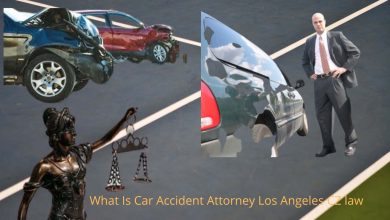